OK, The Journey is about to end now !!

Climax without a twist will not be Interesting !!!!!!!

Yes,another twist ahead in Sonamarg Checkpost !!!!!! 🙂

We totally forget a VERY IMPORTANT message from the hotel folks and car driver that, Sonamarg Checkpost will be closed by 1.30 PM and no vehicles will be permitted after 1.30 PM to Srinagar due to Security reasons. We MUST reach Srinagar that night as next day morning is our flight and we don’t have any options as my previous situations 🙂 LOL. Now the time is past, 3 PM.

“Hotel folks and the Car driver very clearly messed this message the past day with a bunch of scary stories , that confused and diverted our attention only on Amarnath”

I needed to recall my package to reach Srinagar. Jagdish spoke to the driver and asked him to come to a Particular location to pick us for Srinagar. He hesitated and said, he is not allowed inside Army camp. We are already very tired and no way of walking anymore. The driver made a point in Leh-Ladakh road and said, he will not get any more. Jagdish was upset and said he will help us to hit the Main road.

He too sensed that ,we would face some issue in Sonamarg checkpost, so he found a missive from his officials with Signature & Stamping and asked me to read this to the Police officers if in case we are blocked for something and demanded me to narrate them that we are Army guests.

He took his armor and two soldiers with him. We are riding in an Army truck with Security to reach the leh-Ladakh road. We reached the Main road and could see a little a bit of fear from the car driver’s face , as when we take down from the truck with Guards with Guns 🙂 .

We thanked Jagdish for all his assistance throughout this Journey and continued our Journey to Srinagar.

As he rightly sensed, we are stopped in the Sonamarg check post and officer hasn’t allowed us and said we can solely pass by next day morning 6AM. We are already tired and not capable to argue nor he won’t understand if I argue in English. It’s kind of Situation for me to read.. OK, ENOUGH!!!!!!!!!!!!!! 🙂 🙂 🙂 🙂 🙂 .

Again Our Saviour came on the panorama, I called him, He asked us not to go down from the car and looked into whether I showed them the letter which he afforded me in the Camp. I supported him saying that I exhibited the letter and also stated that we are army guest came for Amarnath, This time driver also talked to the officer and tried explaining the details, but doesn’t serve much.

Jagdish asked us to wait for another hour in the checkpost itself and said he is running short to contact the SP office from his side and witness if anything goes.
I comforted him saying that I will stick in the same hotel that night and take off early morning and reach Airport directly, because throughout the Journey, I was disturbing him in all the ways that I can and really don’t want to worry him now. But he articulated, it was his DUTY to serve and not to read it so serious 🙂 .

We are waited for 45 min in the Sonamarg checkpost, Officer came to us with a salute and in Half balked English ( Its my turn to laugh , finally ) said ” We are allowed to make a move and orders have come from his officials from SP office “, I laughed and thanked him for letting us.

I called Jagdish and expressed my sincere thanks for helping me all the way through, before we conclude our conversation he discovered the secret of security reason in Sonamarg that, unitary of the army soldier was shot 🙁 previous day and it is the ground for security checks and asked me not to worry about this as there will not be any riots in Srinagar nor on the way .

We reached Srinagar around 7.30 PM that day as he rightly pointed out , no sign of riot anywhere and We reached boathouse, had dinner and slept.

He stood by his promise by calling us frequently until we boarded safe in the flight (This time, In Srinagar, Cell Phone Signal was improved a bit and we are able to Speak). The succeeding day, we reached Chennai safe.

This Journey has carried many emotions inside me – Excitement, disappointment, frustration, Confusion ,Stress, fear, mesmerizes, happiness, bravery. It also taught many lessons on how to overcome hurdles and Situations in hard times when you are out of options :).

I actually believed it would be an Adventurous trip for sure, but honestly, I NEVER EVER thought of this much of adventure 🙂 .

If I would like to THANK and DEDICATE this write-up to someone, It’s no one other than Jagdish. This trip will be commemorated for many more years in my life only because of him. I am guessing today, if he wouldn’t have called and convinced me, I would have chosen a wrong determination of leaving sonamarg that Evening. There are many friends come in our lifetime, only very few will make an IMPACT. He was one among them.

A Great Thumbs up for Jagdish and Army Soldiers!!! We are grateful for their dedication and commitment.

Note to my readers –

Believe me, honestly in this write up, I NEVER exaggerated any situation in this Journey for reading interest and only shared and described the events as it is. It all took place within 48 hours. I am remembering today how I have handled everything and overcome this situation.

I am guessing today, if the helicopter trip been successful, I would have lost a lifetime adventure trip with Fantabulous Snowy Visual Treat that was truly a treat to our eyes.

I wanted to complete this blog within 3 posts, but after winding up my draft, I could understand that it was lengthy and don’t desire to compress it in 3 post and that is the reason for extending 2 more post.

I also wanted to convey a message to the readers that my Journey is an exception and it is not generic and there are many pilgrims who visit Amarnath frequently has a very pleasant Journey. 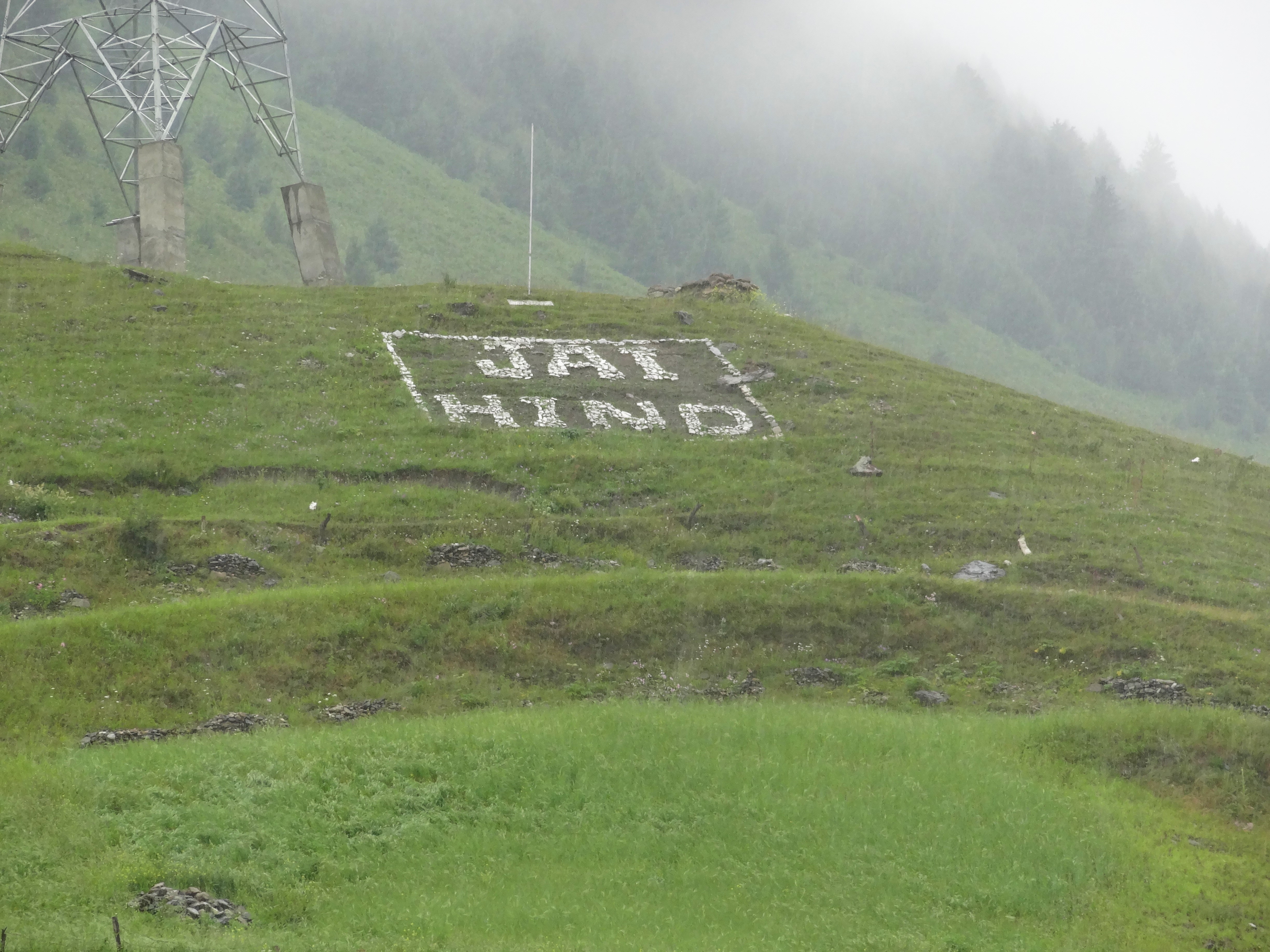